Dragon Quest is one of the oldest JRPG franchises that you can still play today.

The first Dragon Quest title was released in 1986 (Japan Version) and 1989 (US Version) for the Famicom/NES platform.

This series is proven to be popular worldwide, as evidenced by many subsequent games being released under the Dragon Quest and related titles, with the latest release being Dragon Quest XI – Echoes of the Elusive Age, which is the latest installment for the main series released for PS4, Xbox One, and Switch.

Some older titles in the series were also being remastered for various platforms, which include the current-gen consoles, PC, and mobile platforms.

This series is created by Yuji Horii, and the games are published by Square Enix.

Each game offers the similar type of gameplay elements, with the main feature being the turn-based battle system.

The games also have consistent art styles and gameplay elements without much changes from the first title.

So far, the Dragon Quest franchise has 11 titles in the main series, but there are other spin-off titles being released throughout the years.

Here are the 20 best Dragon Quest games that you should play now:

Dragon Quest IV is the fourth installment in the Dragon Quest series, which offers multiple quests in the storyline. 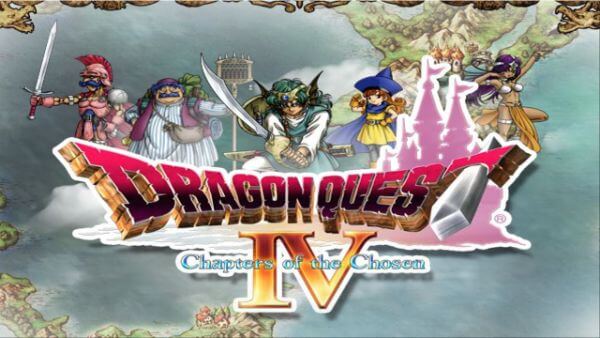 It was initially released on the Nintendo Entertainment System (NES) in 1992 as Dragon Warrior IV.

This game offers a five-chapter storyline, with each chapter allowing you to control different protagonists.

Additionally, you will also see the improvements in the battle system, allowing you to determine the strategy used by your party members in battle.

There’s an additional chapter in the Nintendo DS version of the game, featuring the continuation story of the fifth chapter.

Dragon Quest XI is the latest Dragon Quest title included in the main series released for the modern consoles. 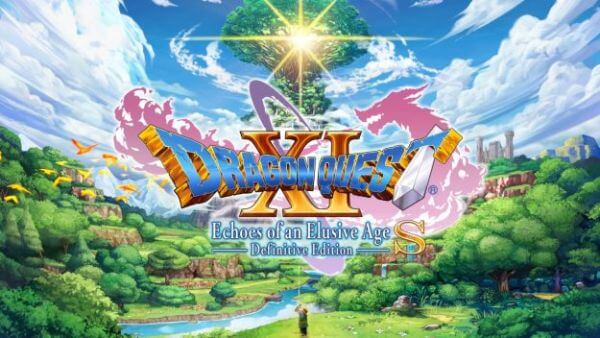 It was initially released in Japan for Nintendo 3DS and PlayStation 4 consoles in 2017.

The gameplay style for this game is still the same as the previous titles in the series, with the turn-based battle system, no random encounters, the same exploration style, and more.

It offers the most modern graphics with the same art styles as its predecessors.

Dragon Quest VIII can be considered a special Dragon Quest title because this is the first Dragon Quest game that uses 3D graphics for its game world. 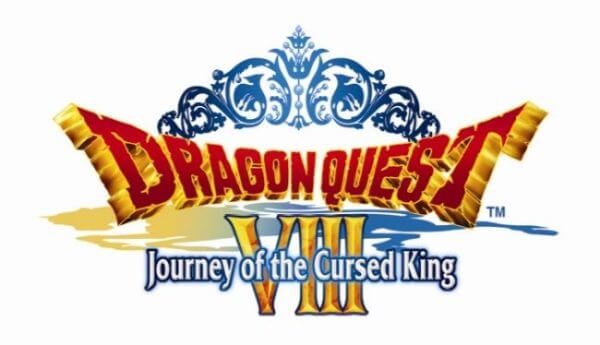 In this game, you can see the world of Dragon Quest in the 3D environment as opposed to the 2D graphics of previous games.

This game was first released in 2004 for the PlayStation 2 (Japan Version).

It was one of the fastest-selling PlayStation 2 games upon its release in 2004.

This game revolutionizes the Dragon Quest franchise, which becomes the foundation for the subsequent releases of this series.

Dragon Quest Builders is one of the spin-offs in the Dragon Quest series, offering you a different gameplay when compared to the main series. 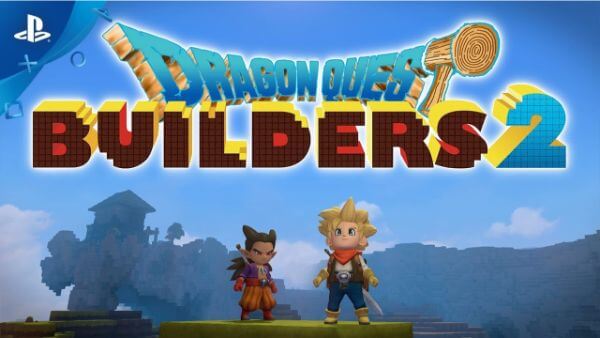 In Dragon Quest Builders, the gameplay is similar to Minecraft, where you can build various buildings with blocks that you obtain throughout the game world.

In this game, you will fight monsters like Slimes and others, which are unique in the Dragon Quest universe.

It is the game that encourages you to be creative in what you build so that you can have a better chance to survive.

Dragon Quest Heroes is a spin-off to the main Dragon Quest series with a distinct difference in the gameplay element.

In Dragon Quest Heroes, it is hack-and-slash as opposed to turn-based.

The gameplay is similar to Dynasty Warriors series from Koei Tecmo.

However, there are still some RPG elements in this game.

It still retains the similar world, art styles, graphics, and other elements unique to the main series.

In this game, there are 13 characters that you can choose for your adventure. 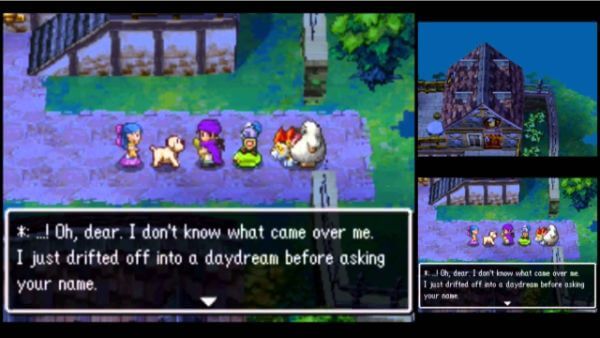 It still uses the top-down 2D graphics with the art styles similar to the previous titles in the series.

This game was initially released only in Japan for the Super Famicom in 1992.

Subsequently, it received various remasters for other platforms.

The main difference in this game from the previous titles in the series is that you will be allowed to include the monsters that you have fought as your battle allies by taming them.

Dragon Quest IX is a Dragon Quest title that becomes an exclusive title for the Nintendo DS platform. 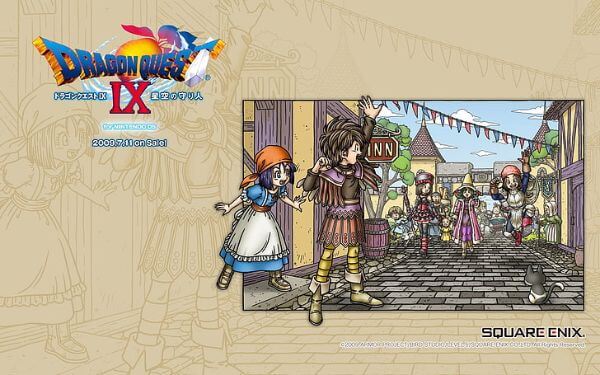 It features the same turn-based battle system, and you can play cooperatively with other gamers via the wireless connection on Nintendo DS.

This game allows you to customize your protagonist’s appearance before starting the game or in the middle of your playthrough, and the customization options provided in this game are more varied than the previous titles.

Dragon Quest VI is the sixth Dragon Quest title in the main series which was first published for the Super Famicom (Japan Only) in 1995. 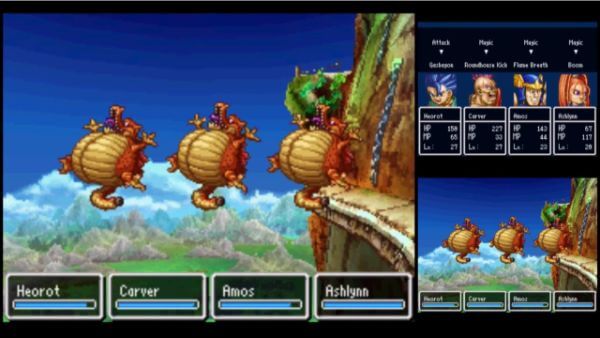 In this game, you can explore the world in the overhead perspective, with turn-based and random battles.

It introduces various elements that are not available in previous installments, such as animated monster attacks, new mini games, bonus dungeons, and extra characters. 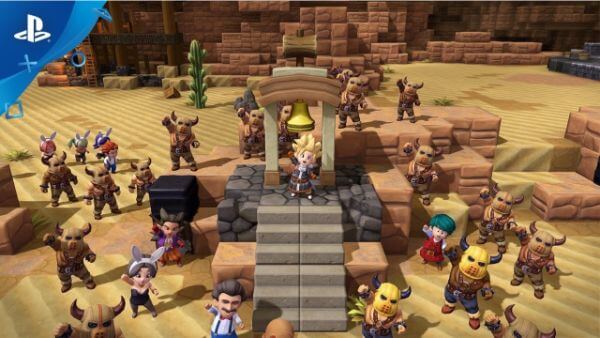 The game has a good deal of action RPG elements infused in it, allowing you to fight monsters and survive from various monster attacks while leveling up your characters.

The game takes place in the events after Dragon Quest II, and in this game, your character needs to defeat an evil group called the Children of Hargon. 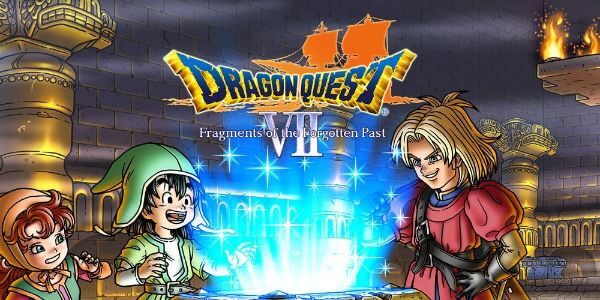 The game was first released for the PlayStation platform in 2000 (Japan version).

For the North American version, it was released in 2001 for PlayStation under the title Dragon Warrior VII.

This is the Dragon Quest title that is known for its big content, and it might take more than 100 hours just to complete this game’s main storyline.

However, it still retains the main elements commonly found in the previous games in the series.

In this game, you can see various improvements from the previous Dragon Quest Heroes, and you can also enjoy this game in single player and multiplayer modes.

It can also be played across different platforms.

Dragon Quest is the first installment in the Dragon Quest series, and the one that started the main series.

It was first released in Japan for the Famicom console in 1986, and it was released in North America as Dragon Warrior.

It is a traditional Japanese RPG with a simple turn-based battle system.

The story is simple, with one main objective being to defeat the Dragonlord.

The story is a prequel to the first Dragon Quest title set many years before the event in the first game.

However, the gameplay elements are expanded from its predecessors.

It also has a class system for your characters.

Each character will have a certain class that will affect their skills and various abilities during battles.

You can choose between a male and female character at the start of the game.

It is known as Dragon Warrior III in North America.

Dragon Quest X is the tenth installment in the Dragon Quest main series which is only available in Japan.

It is a different game when compared to other titles in the series, as it belongs to the MMORPG category.

So, you need a constant internet connection in order to play this game.

Aside from that, it has various elements unique to the Dragon Quest series, such as character styles, monsters, and so on.

However, it uses the active time battle system as opposed to the usual turn-based battle system found in the previous installments.

Aside of requiring an active internet connection, you also need to pay a subscription fee in order to play this game.

Dragon Quest II is the second installment in the Dragon Quest series, initially released for the Famicom in 1987.

In North America, this game is known as Dragon Warrior II.

This is the first game in the series that introduces the party system, wherein you will need to gather your party members as you go along your adventure.

The battle system in this game is a turn-based with random battle encounters.

Dragon Quest Swords is a spin-off Dragon Quest game that was released exclusively for the Nintendo Wii.

It uses the function of the Wii remote as the sword and shield for your character.

The combat is done in first person, unlike any other games in the series.

The unique thing about this game is that there is no Game Over in it, as you will simply be transferred to the previous town if you are defeated.

In this game, Slime, which is the common monster found in the Dragon Quest games, will be the main character.

Slime is used with rockets to be launched throughout the game. Each stage has its own objectives.

Dragon Warrior Monsters 2 is the North American version of Dragon Quest Monsters 2, which is a spin-off game released initially for the Game Boy Color platform.

In this game, you can control either Cobi or Tara in your adventure to save your Kingdom.

As a monster tamer, you can create a team of monsters to fight other monsters in your adventure.

It features the same turn-based battle system as the other games in the franchise, and it uses the cell-shaded animation style to deliver good quality graphics for this game.

This game’s objective is to make your character the best monster tamer in the world.

It is an exclusive game for the Nintendo DS platform.

The game has undergone various improvements from the previous title, with various new monsters being added to the game.

Whether you are a seasoned fan of the Dragon Quest series or just someone trying to find the best Dragon Quest title to play for the first time, this list provides you the best games in the franchise that you can pick and play right away.

They are available in multiple platforms, so you can easily find the one to play for the platform that you have. Enjoy the Best Dragon Quest Games!