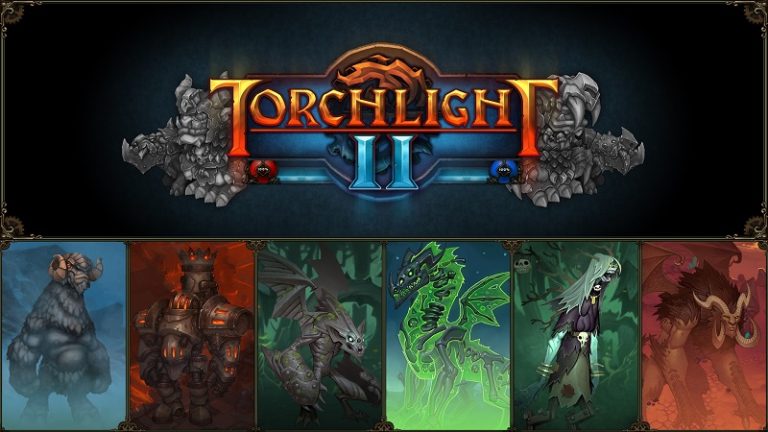 Torchlight II is a fantasy dungeon-crawler action RPG that was initially released for the Microsoft Windows platform in 2012, as a sequel to the first Torchlight game.

It is developed and published by Runic Games.

The game takes place in the years after the conclusion of the first Torchlight, and it gives you the improved gameplay elements when compared to its predecessor.

Despite being first released in 2012 for PC, the game has also been released for the modern consoles (PS4, Xbox One, Switch) in 2019.

In this game, you can choose between various available classes in your adventure.

Each class has different attributes that determine their strengths and weaknesses.

Once you’ve chosen the character to play, you can start your adventure by exploring various areas and dungeons along the way, while uncovering the storyline for your character.

For the PC version, you can mod the game with various available mods in order to improve your gameplay experience and make the game more fun to play.

Here are the 20 best Torchlight II mods that you can install on PC today:

The mini map in Torchlight II gives you good information about the surrounding terrain, providing various points of interest that you can visit. 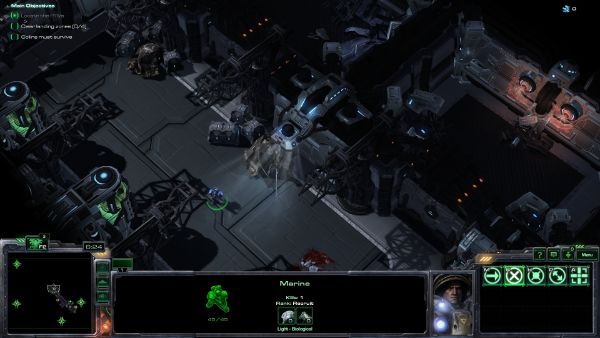 However, the default mini map in this game can appear to be too cluttered.

So, the Clear Mini Map mod is there to change the look and feel of the mini map and removing all the clutter from it.

In so doing, it helps you focus on the most important things on the map without being distracted by the clutter.

As a dungeon crawler action RPG, Torchlight II will give you the adventurous gameplay elements that require you to slay some monsters and kill many enemies along the way. 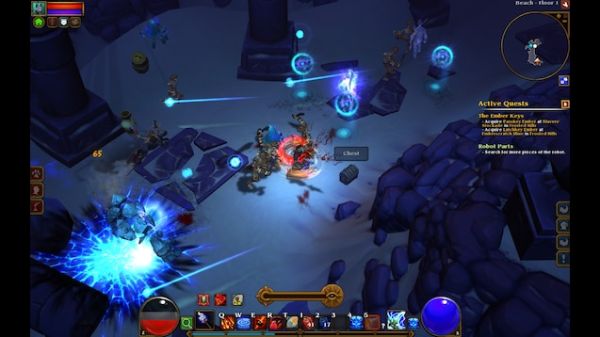 The good thing about this game is that, when you battle your enemies, you will see good battle animations which are quite enjoyable to watch.

Alongside the battle animations, you will see some battle-related texts and numbers floating around the characters, indicating damage amounts and other relevant information, such as “CRITICAL!” for critical damages.

This mod attempts to modify the font of those texts and numbers to appear better and more beautiful to look at.

Extra Chunky is the mod that gives 31 new levels for your Torchlight II gameplay. 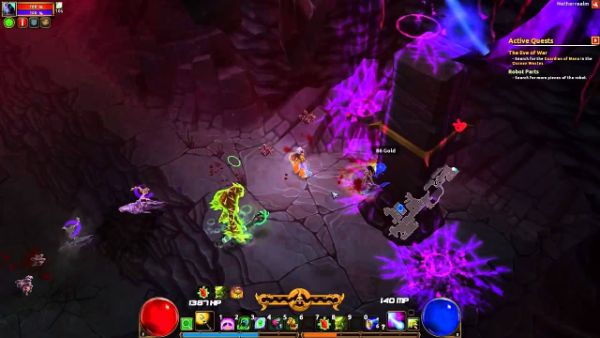 As a dungeon crawler game that has random dungeons, the addition of these extra chunky levels will give you more fun gameplay experience for this game.

Each level in this mod is designed to meet the high standards of this game, so you won’t feel that these levels are out of place.

If you want more adventure with this game, you can add more levels to it with this mod.

During battles, there are blood effects in this game that make it quite satisfying every time you kill or damage your enemies. 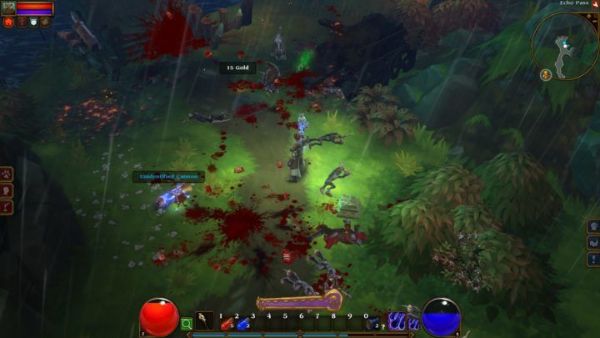 Their blood will splatter around them.

However, in the original game, the blood effects won’t last long, and the blood will disappear after a few seconds.

Also, the blood decals are not too many.

With this mod, you can make the blood effects in this game better.

The game will look bloodier and killing enemies will have more dramatic effects with all the splattered blood that you see after installing this mod.

Health and Mana are important indicators that you will find in this game. 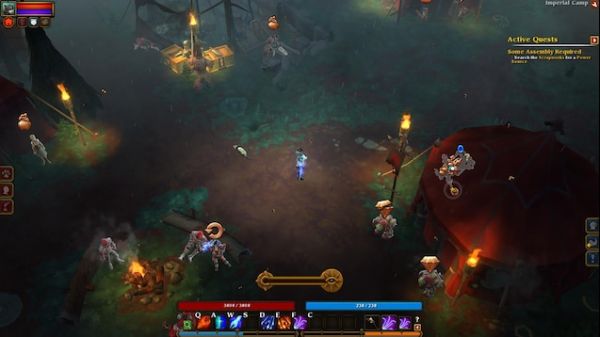 In this game, the Health and Mana indicators are presented in the form of a globe.

For new players, it might be a little confusing at first, especially those who have played different types of games before.

If you prefer the Health and Mana indicators to be presented in the form of bars, you can use this mod to change it.

The inventory system in this game allows you to store various items and equipment that you can use in your adventure. 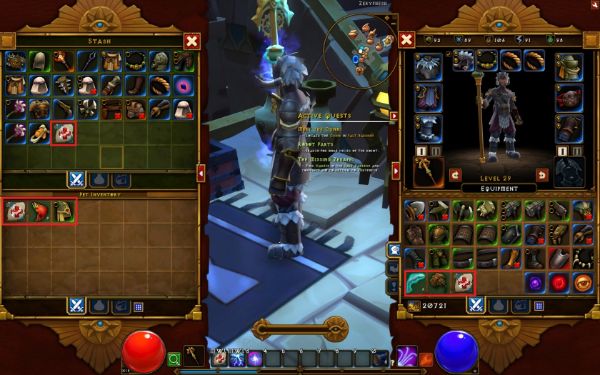 However, if you think that the inventory is too limited for you, you might want to make it bigger.

The Bigger Inventory mod is the mod that allows you to make your inventory bigger, allowing you to store more items and equipment that you can use during the gameplay.

It will make you to be more prepared to face the challenges ahead.

Synergies MOD is the mod that you can install to apply the full conversion and overhaul for the basic Torchlight II game. 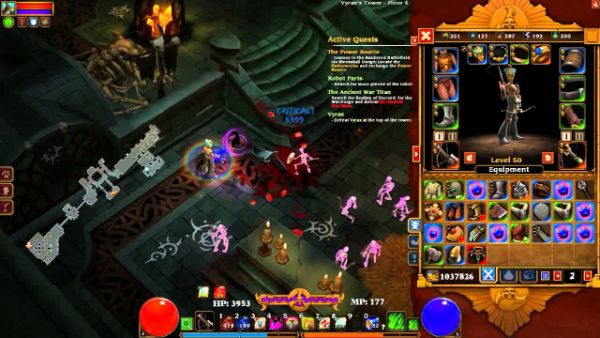 With this mod, you will change various aspects of the game, and most of the time, these aspects are being improved for the better.

It is one of the best mods that you can install for this game.

Aside from the full conversion and overhaul for this game, Synergies also applies a new balance to this game.

Torchlight II Essentials is the compilation mod that gives you the essential and most important mods that will improve the game significantly. 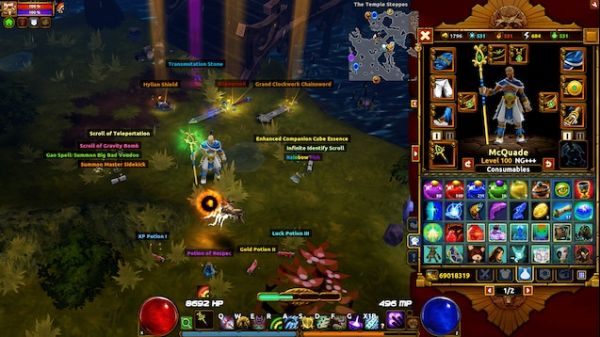 It consists of various mods that change various aspects of the game, including the class system, user interface, weapon and armor sets, and many more.

If you want to improve your experience in playing this game, this is the compilation mod that you need to have.

Items and equipment are essentials to your survival in this game. 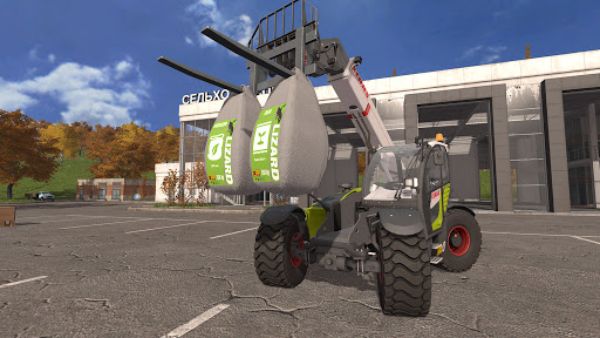 This is why having a good inventory system is crucial for you to go through the gameplay and deal with all the challenges that you face throughout the game.

The Big Bag Mod Upgrade is the compilation mod that gives you various advantages when it comes to item storage and inventory system in this game.

It gives you various additional functions that are not available in the base game.

Variant Classes is the compilation mod that allows you to add various types of custom classes from various modders. 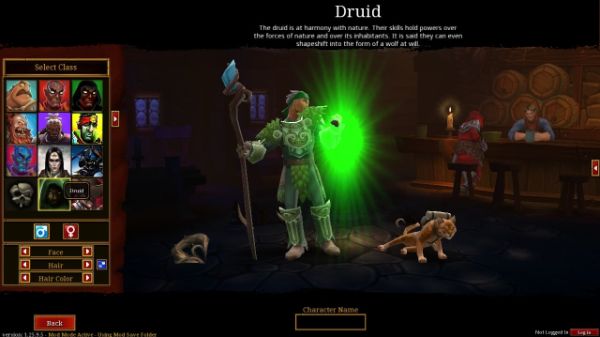 While the base game allows you to choose between various classes, you can still add more custom classes by adding certain class mods into the game.

However, this particular compilation, which is Variant Classes mod, allows you to add various custom classes that are the highest quality, specifically hand-picked by the mod compiler.

As a full conversion mod, TL2-E changes various aspects available in the base game and improve those aspects with better features and other improvements.

For instance, you can rebalance the game difficulty in Torchlight II, rebalance the skills that are either over-powered or under-powered, as well as adding new classes or unique skills to the game.

In other words, your experience with the game will become better by installing this full conversion mod.

Torchlight II is a beautiful fantasy game where you can explore various dungeons and other areas and fight monsters along the way.

You can level up your characters and store various items into your inventory.

The game has beautiful visuals that will keep you marvel at the beauty of the game world.

However, if you think that the draw distance offered in the base game is too limited for your field of view, you can extend it by using the Draw Distance Extender mod.

In Torchlight II, potions are the most important items that you need to have if you want to survive in your adventure.

It can heal you and your party and make it easier for you to deal with stronger enemies.

Potions can also increase your stat points, and different types of potions will give different effects for your characters.

This mod changes the potions in the game to give more advantages to your characters.

Aside from potions, elixirs are also the important recovery items that you can get in Torchlight II.

Elixirs can recover your health and add various attributes to your characters, giving you a boost of power for facing the challenges in this game.

The Stat Elixirs mod adds various types of elixirs that can improve your stats, such as Strength, Dexterity, Focus, and more.

You can obtain these stat elixirs from the loots once you’ve installed this mod.

Brother-in-Arms is the mod that will change the human companion pet in Torchlight II.

With this mod, you will be able to use your companion pet as a second character in this game.

At the starting point, your pet will become the second character that you can customize in any way you want, including the stats and skill points.

The customization can be done without any level limitation, giving you a big advantage in this game.

Fighting Arts is the mod that you can install to add a new class for Torchlight II.

The new class that you will add with this mod is called the Otaku Fighter.

With this new class, you will be able to use a character inspired by various manga, anime, and fighting game titles.

So, if you like to experience new things with this fun mod, you can install it to add more fun to your game.

The werewolf is a character that you can find in Torchlight II, but in the base game, you will not be able to play as a werewolf.

However, with the Playable Werewolf Class mod, you will be able to play a werewolf as a new class in this game.

You can equip any weapon or armor for your werewolf, although it won’t show on your character’s animations when you equip them.

However, you will get the full benefits of the weapons and armors that you choose to equip for your werewolf character.

In Torchlight II, there are various ways you can do to obtain potions and other recovery items.

You can mainly obtain them through merchants and blacksmiths that you can find throughout the game.

You can also obtain potions via loots.

The Respec/Restat Potions mod is the mod that you can use to make Respec and Restat potions available in various merchants and blacksmiths.

In Torchlight II, you are allowed to sort the equipment or items that you have in your inventory.

But, in the default game, it might not give you the options to sort items based on various attributes that are important in the game.

The Better Sorting mod simply gives you the better auto-sort filter for gems, weapons, and armors that you have in your inventory.

The Pet and Fishing Overhaul is the mod that allows you to apply a complete overhaul for the pet and fishing aspects of the game.

This includes pet transformations as well.

In Torchlight II, you are allowed to have pets, and you can also do some fishing in this game.

This mod will make both activities even more enjoyable for you to do.

These mods will improve various aspects of your Torchlight II gameplay and make your experience with this game even more enjoyable.

Probably, the most recommended mod in this list that you have to install immediately is the Synergies MOD, which will transform the game completely into a better one for you to enjoy.

You can also install other mods to add various advantages and benefits in your gameplay.

So, if you ;2want to enjoy this game more, feel free to try these Torchlight II mods and use the ones that you find enjoyable to play.