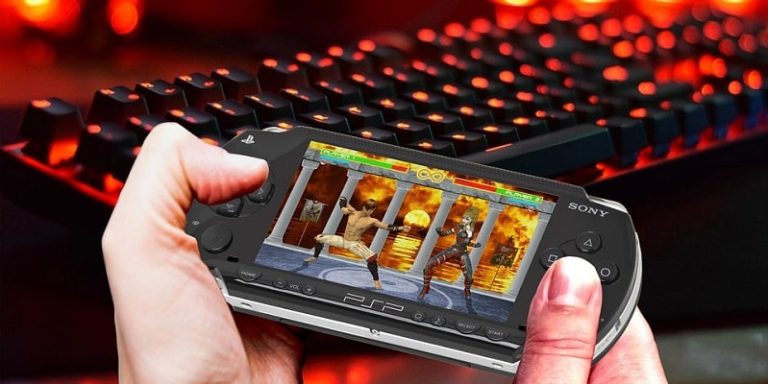 If you are in love with the best PSP games then you need to look no further then this post!

PSP or PlayStation Portable is the first handheld console released by Sony at about the same time as Nintendo DS.

This Sony handheld was released in 2004 for the Japanese market and 2005 for the North American market.

The good thing about PSP is that at the time, it is the best handheld that can output the graphics similar to PS2 graphics, which was far superior to the Nintendo DS in terms of the graphical output.

Here are the 20 best PSP games that you can play on this handheld console:

Grand Theft Auto: Liberty City Stories is among the original GTA titles that are released for the PlayStation Portable platform. 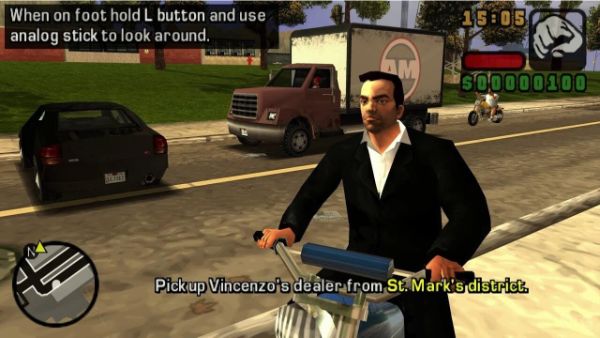 It was released in 2005 for the North American and the European market before it was ported for the PS2 console in 2006.

It still features the same gameplay as the previous GTA games such as Vice City and San Andreas, allowing you to roam the game world freely and complete various main and side missions.

Jeanne d’Arc is one of the exclusive games released for the PlayStation Portable in the tactical role-playing game genre.

This Japanese-style RPG takes the storyline from the history of Joan of Arc, which was the resistance hero during the occupation of the Englishmen on France.

It has some historical accuracies in the storyline, mixed with various fantasy elements added to the game.

Ys Seven is the seventh installment of the long-running Ys video game series, which was exclusively released on the PSP console in 2009 (Japan) and 2010 (North America). 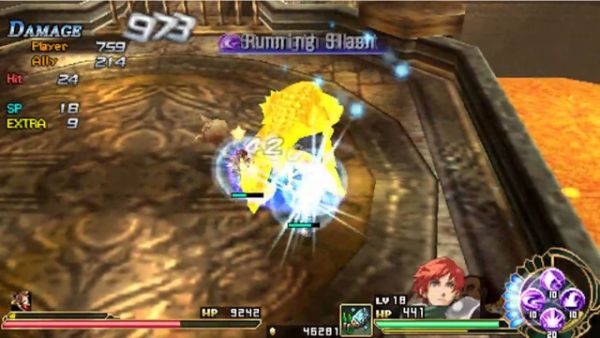 However, later on, this game was also released for the Microsoft Windows platform in 2017 for the worldwide market.

This game still retains the same gameplay elements as the previous Ys titles, but with some improvements.

It follows the story of Adoi and Dogi in their effort to find more adventures to experience.

Secret Agent Clank is a platforming game released for the PlayStation Portable in 2008, which features the adventure of Clank (one of the main characters in the Ratchet and Clank series) as a secret agent. 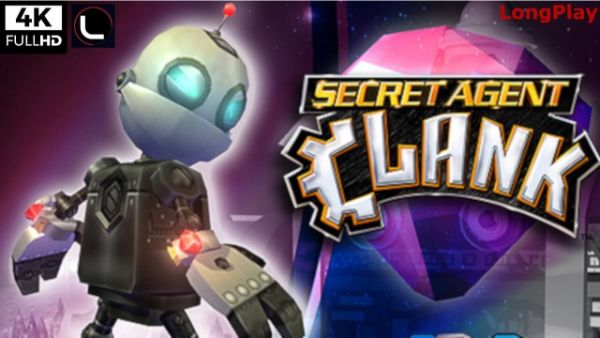 It gives you the side story for the Ratchet and Clank series wherein you control Clank as the main character.

Killzone: Liberation is a shooting game developed by Guerilla Games and published by Sony Computer Entertainment for the PlayStation Portable. 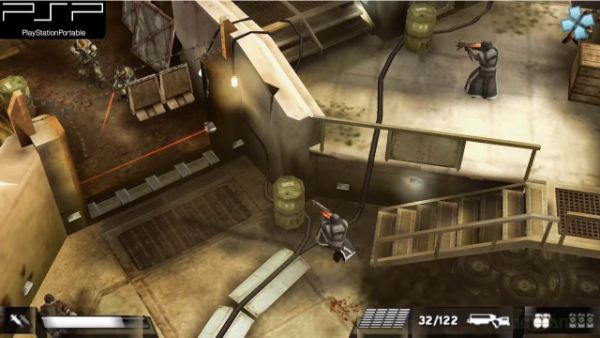 It is the direct sequel to the first Killzone game, and it is also an exclusive game only available on the PSP console.

It was released in 2006. Compared to the first Killzone game, Killzone: Liberation features a different type of gameplay.

Instead of being a first-person shooter game, this game offers the top-down shoot ‘em up gameplay with isometric camera view. 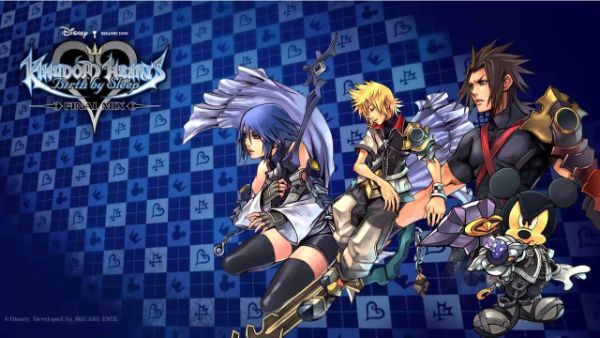 It is the sixth title from the Kingdom Hearts series that was released in 2010.

This title serves as the prequel of the original Kingdom Hearts title, which features three new characters: Ventus, Aqua, and Terra.

The gameplay is similar to the other Kingdom Hearts titles.

In this game, you will play through the story of each character. 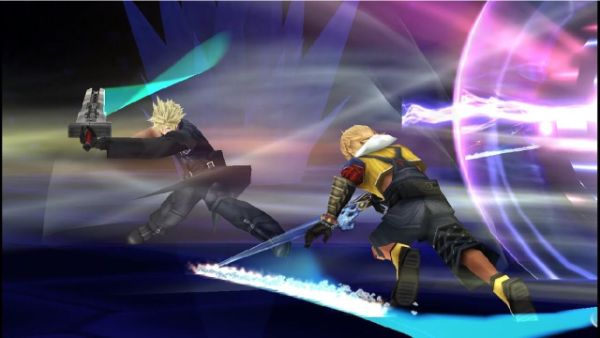 This game was released on the PSP console in 2011, and it is available exclusively for this handheld console.

You can choose any Final Fantasy character in this game to fight other characters in different battle maps. 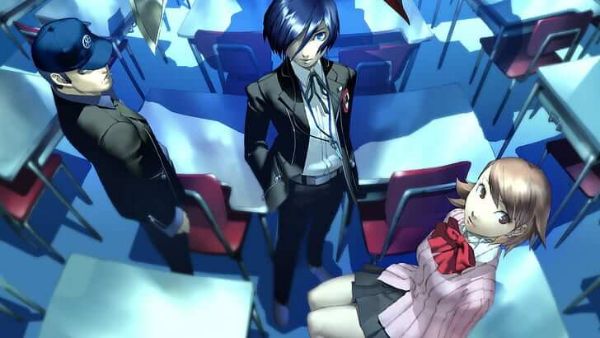 The Persona 3 Portable is the port of the original PS2 version, with various enhancements and new features that are available only on the handheld version of the game.

This game is part of the popular Persona franchise created by Atlus.

Patapon 3 is one of the exclusive games released by Sony Computer Entertainment for the PlayStation Portable console. 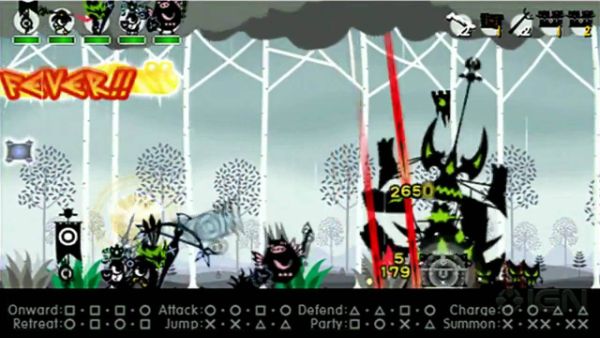 It is the third installment of the Patapon series, which is a rhythm game with unique gameplay elements.

God of War: Ghost of Sparta is an action adventure game featuring Kratos, which is set at the time after the events that happened in the first God of War game. 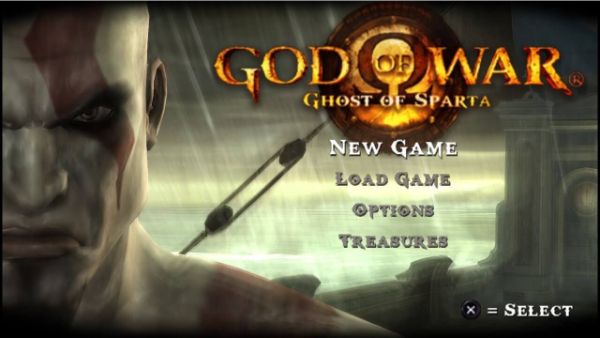 The gameplay is still similar to the gameplay of the previous games in the series.

This game was first released on the PSP console in 2010, and it was later released for the PS3 console as well, in the form of bundled titles or collection.

This game features an intense action combat gameplay along with platforming and puzzle elements infused within it.

If you want to find the best puzzle game on PSP, you might want to try the Lumines series.

RELATED  How to Set Yourself Up for a Successful Career in Cybersecurity? 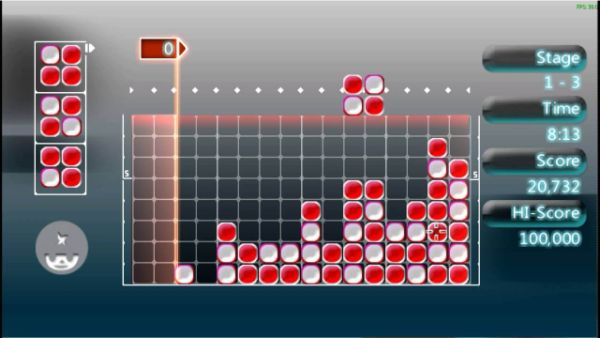 Lumines II is the sequel of the original Lumines game, which is Lumines: Puzzle Fusion.

In Lumines II, you can still play in the same way as the original game, but the sequel adds a few new game modes and different music selection.

Metal Gear Solid series is one of the most popular stealth action adventure game franchise available on the market today. 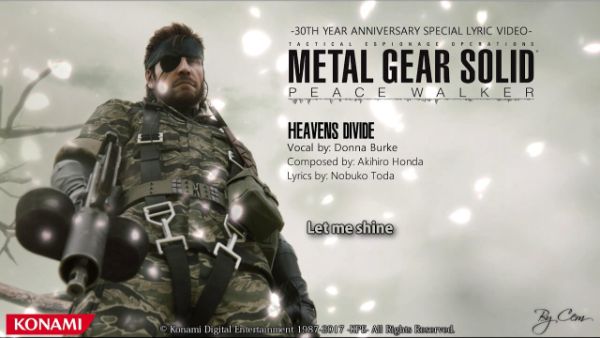 It was later ported to the PS3 and Xbox 360 consoles as the HD Collection bundle.

This game sets place in Costa Rica 1974, where you play as Snake, an ex-soldier that runs the mercenary unit called Soldiers without Borders.

Following the success of Sony’s new IP for the PS3 console, LittleBigPlanet (released in 2008), Sony released the PSP version of this game in 2009. 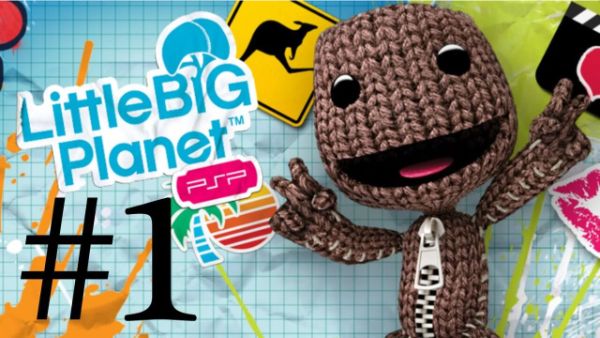 This is the game that offers almost the same thing as the PS3 version, but with the addition of the new story mode.

With its unique platforming style, the PSP version of the game offers the continuation of the story from the PS3 console version.

In this game, you will play as Sackboy, the main character from this franchise, which is taking the vacation around the world.

Wipeout Pure is the sixth installment of the Wipeout series that has been around since the days of the first PlayStation console. 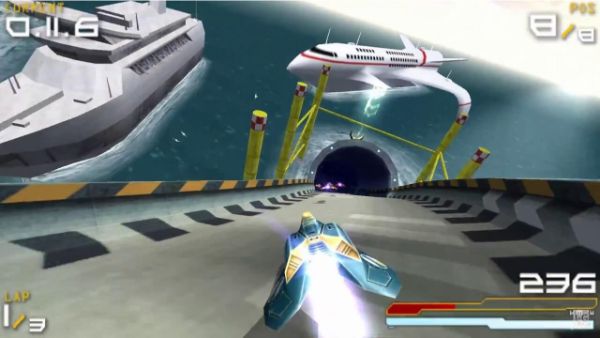 Wipeout Pure was released in 2005 for the PlayStation Portable system, which still offers the same type of gameplay familiar to this racing series.

It is set in the futuristic world where you will drive ultra-modern vehicles across various tracks.

You can power up your vehicle and attack other vehicles throughout the race.

The War of the Lions was released for the PlayStation Portable system in 2007, featuring better graphics, new cut-scenes, and many other features.

This game is among the Final Fantasy game titles that is set upon the fictional world called Ivalice.

Back in 1993, Konami released a Castlevania title for the PC Engine CD system, which was called Castlevania: Rondo of Blood. 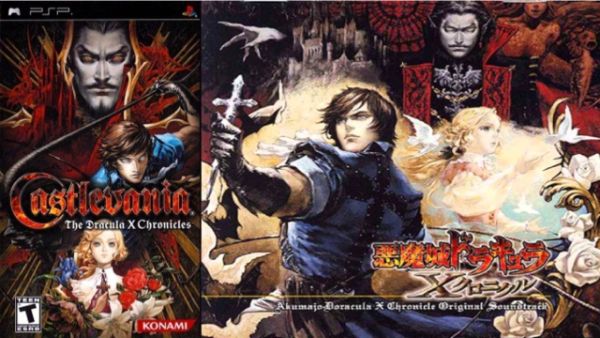 At the time, Rondo of Blood was released only in Japan.

However, the game was a big success in Japan, and many fans wanted to have this game ported to the US region.

Unfortunately, Konami didn’t do it. Fast forward to 2007, Konami released the remake of Rondo of Blood exclusively for the PSP handheld, titled Castlevania: Dracula X Chronicles.

This game packs a lot of features not available in the original Rondo of Blood title.

Daxter is the accompanying character in the PlayStation exclusive games Jak and Daxter series. 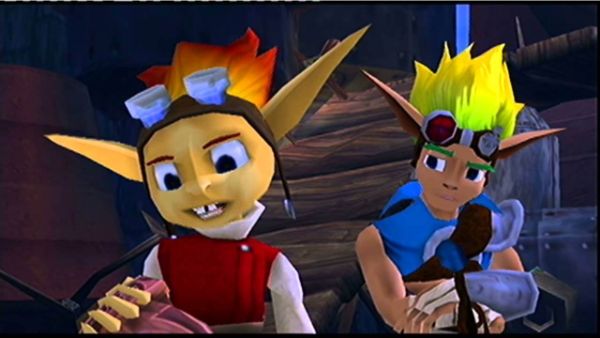 Now, Daxter is featured as the main character in the PSP game console titled Daxter.

This game was released in 2006 as the exclusive game for the PlayStation Portable, featuring the action adventure story of Daxter during the 2-year skip that was told in the Jak and Daxter II opening cutscene.

The Legend of Heroes: Trails in the Sky is a Japanese-style RPG first released in 2006 on the PSP console for the Japanese market, before being released in the US in 2011. 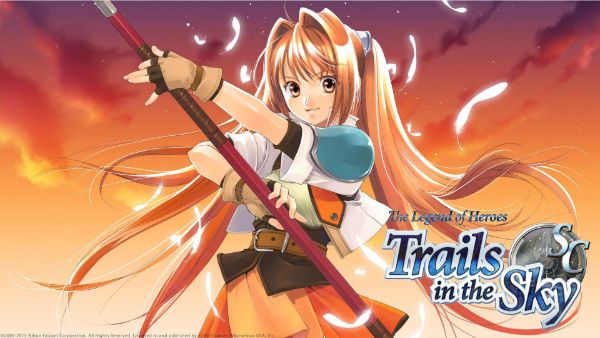 It is part of the Legend of Heroes series, as well as the first game in the Trails in the Sky trilogy.

Before the game was ported for the PSP, it was released for the Japanese market in 2004 on the Microsoft Windows platform.

Pursuit Force: Extreme Justice is an exclusive PlayStation Portable game that combines racing, combat, and shooter elements together in one game. 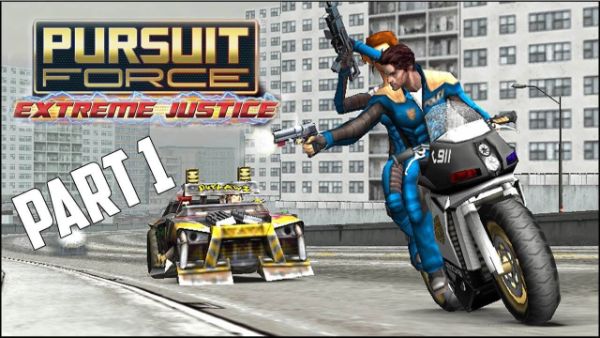 It was released in 2007 for the Europe and Australian market, and in 2008 for the US market.

The gameplay is unique as you will hop from one vehicle to the next vehicle, while defeating or shooting your enemies along the way.

It is a fast-paced action game with arcade-style gameplay that is both interesting and amusing to play.

Burnout: Legends is the Burnout game released for the PSP and the Nintendo DS consoles in 2005. 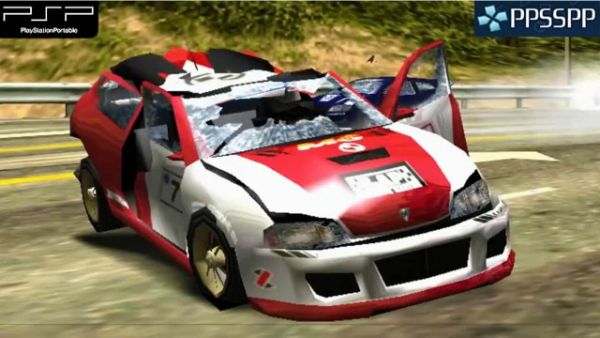 The PSP version features better graphics when compared to its Nintendo DS counterpart.

The game features various tracks, vehicles, and modes that are similar to the ones available in the previous Burnout games, which are adapted for handheld play.

These are the best games that you can play on your PSP console right now.

As a result, this handheld sold really well, and it was well-received by gamers worldwide.

Throughout its lifespan, Sony has sold more than 82 million PSP devices worldwide.

Later on, this handheld was discontinued in 2014.

There are many great games that you can find on PlayStation Portable.

Most of the games are developed and published by well-known video game publishers and developers.

Not only that, Sony also supported this device fully throughout its lifespan, providing many exclusive titles for it throughout the years.

The good thing about PSP is that not only it is designed to play PSP games, it is also designed to do other things.

For instance, it is backward compatible with PSOne games, meaning that you can play PSOne games on your PSP handheld console via digital download.

You can also play movies, music, view pictures, and do many other things.

If you own this handheld console and would like to play some games that can give you the full experience on this handheld, you can take a look at this list.

Now that PSP is no longer being updated with new games, these games can be a good selection for your game library if you still love playing on the PlayStation Portable handheld.

Of course, there are still many best PSP games games that you should play as well.

But, you can always start with the ones mentioned in this list. Happy gaming!