While the media buying industry is rapidly changing, the need for publishers to drive more revenue remains a constant.

At the times when things are generally unfavorable for the sell-side – with skyrocketing ad blocker use, ITV and ad fraud, trust and transparency issues, user privacy policy regulations, cookie apocalypse or viewability issues – it’s essential to find a simple ways to move inventory and grow revenue.

Publishers have their work cut out for them this year, especially those new to the game.

That’s why we’ve decided to help out the newbies with this basic FAQ resource and guide them through the most effective ways of optimizing ad serving.

Those already navigating like a pro through the header bidding, RTB’s or hybrids can move along, you’re not our intended audience here.

This is our “as simple as possible” approach to the subject at hand.

It’s a yes-and-no sort of answer. Yes, ad waterfalls, or daisy chains, are still used, and, in some cases, can even be preferable, but as far as using waterfalling exclusively goes – that should be a resounding no.

The waterfall is set up in a way so that the impressions are sold in bulk with the unsold part moving on down the line to the next bidder, forming sort-of a waterfall.

Compared to header bidding and RTB, waterfall can’t simultaneously offer impressions to multiple players on the demand side, thus only a sequential process is available.

This, in fact, is the main drawback for the sell-side: more often than not in a sequential process publisher’s inventory ends up being undersold with those willing to offer the highest price dismissed without getting a turn to bid.

RELATED  20 Best PSP Games That All Gamers Love To Play!

Furthermore, the waterfall is a much slower process compared to RTB and HB.

Lack of automation, manual optimization, and hundred-and-one other out-of-date features are the reasons why bidding evolved from waterfall to RTB and header bidding.

Having said this, it’s important to point out that the waterfall model is still preferred among publishers who have great deals in place with the networks they work with, or when there’s a need to arrange equally paying direct partners in a particular order.

What is RTB and how does it benefit publishers?

RTB is one of the most popular techniques for buying, selling and instantaneously evaluating ad inventory programmatically.

The process actually somewhat resembles the stock market: all of the bidding goes through auctions that take place in real-time while the publisher’s page is loading, hence the name.

There are a few benefits of RTB that publishers have to be thankful for, most important of them being full automation, an extreme boost of revenue and speed.

The speed is a truly remarkable thing – RBT auction takes about 100 milliseconds. If that number doesn’t impress you, then the fact that it takes 300 milliseconds to blink should put things into perspective.

There are some ad platforms that offer sell-side options to offer their inventory in advance and for a fixed price so there isn’t a need for a real-time auction. 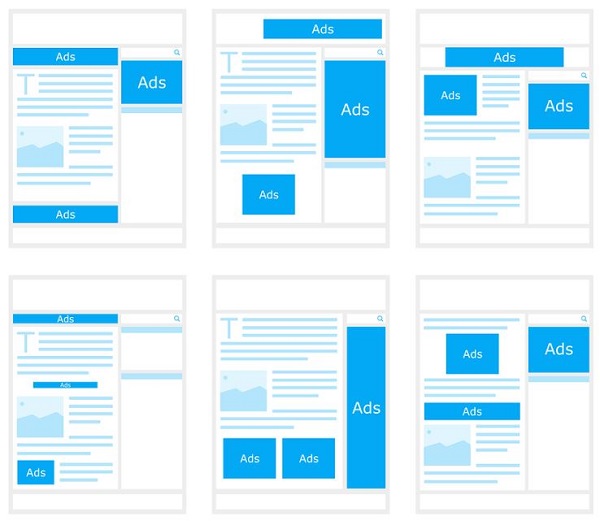 Overall, RTB has many obvious benefits for publishers, apart from the above mentioned.

Publishers can count on the increased fill rates, they can offer their inventory to multiple buyers worldwide and, thanks to targeting, there’s much less ad space downtime.

What is header bidding?

Just like with RTB, the pre-bid auction is held for multiple ad networks, exchanges and DSPs simultaneously while the page is loading.

Opening up the inventory to a large array of bidders can, in fact, significantly boost publishers’ profits.

As for the main benefits, there are more than a few worthy ones. But, hands down, the best one is that header bidding assures the “lot” goes to the highest bidder.

Just for reference, so we can be clear on the revenue boost you can expect, last year The Telegraph reported a whopping 70% growth of its programmatic revenue just by using HB.

Actually, Forbes reported that such a number is considered common. Once sell-side starts using header bidding the expected revenue uplift commonly ranges between 50 and 80 percent.

What is the difference between the first-price and second-price auction?

This one couldn’t be simpler: the second-price auction it’s something we’ve had around for a while, and it’s almost like shopping on eBay.

So, in this kind of auction, the highest bid wins, but the winner pays the bid of the second down the line plus 1 cent.

And the rules of the first-price bidding auction are even simpler: the highest bid wins and the winner pays exactly what was bid. So, more of a “sell-side friendly” option.

Is there an upgraded approach to programmatic sales?

Yes, you can get the best of both worlds with the hybrid auction, a combination of Header Bidding and RTB.

A lot of publishers have already started moving in this direction – hybrid is hands-down the most effective monetization solution we have today.

Publishers just have to find an ad network that understands how to leverage the hybrid ad serving.

How does a hybrid auction work?

The ad network installs a direct code on the publisher’s site to communicate with the ad server and run hybrid auctions. Three separate auctions are held in the place of one.

Overall, the end winner is determined in a third auction initiated between the winners of the second and first-price auctions.

After the winning bid is selected the publisher’s ad server is instructed to serve the ad creative. This sort of approach guarantees the best price for the publisher’s inventory.

In the last couple of years, header bidding technologies have begun to slowly take the center stage and have already liberated many publishers that were stuck losing revenue with their sequential-only approach to ad serving.

Of course, there are still many on the sell-side of things that aren’t on board with header bidding, not to mention hybrid programmatic.

For those we have a bit of advice: ad networks have outstanding customer service teams – make use of them.

So, if you’re a bit on the fence with this new software, talking to a knowledgeable ad network employee is the perfect place to start.